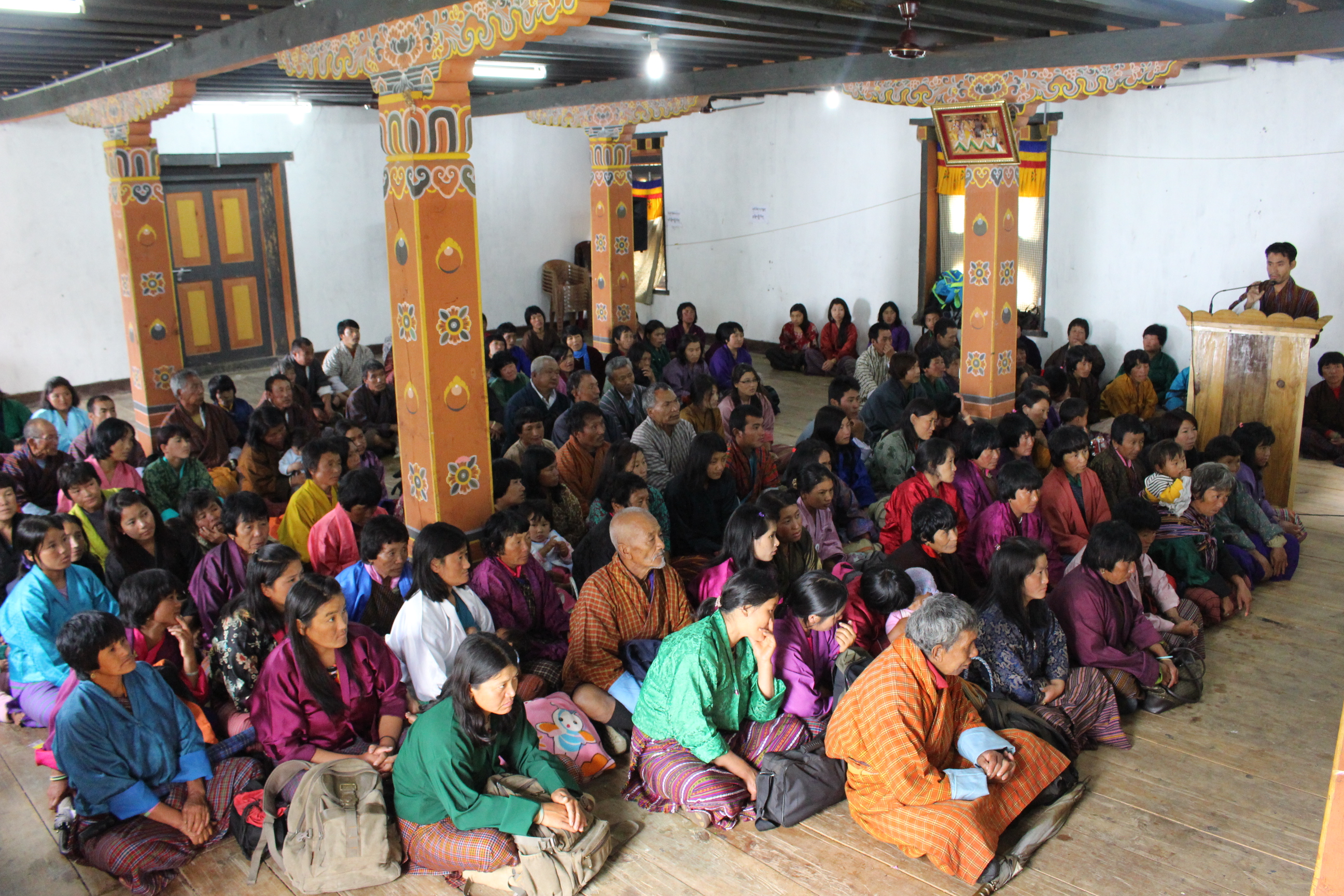 A team from the National Commission for Women and Children Secretariat (NCWC) led by the Director General conducted a sensitization tour from May 23rd â€“ 7th June 2015 in four of the Eastern Dzongkhags, namely Samdrupjongkhar, Monggar, Lhuentse and Tashigang. The sensitization program is a kick start to series of such activities across all the Dzongkhags. The program with the main objective to create awareness on Child Care and Protection Act 2011, Child Adoption Act 2012 and the Domestic Violence Prevention Act 2013 also included sessions on the institution of NCWC, basics of gender and child protection issues and the rationale for enactment of such legislations.

The program was successful with the strong cooperation of the Dzongkhag Administrations led by Dasho Dzongdags. The participants at the Dzongkhags comprised officials from the Judiciary, sector heads, head of regional offices, Royal Bhutan Police, monk body, school principals, teacher counsellors and the business community. In Lhuentse the NCWC met with two communities - Tangmachu and Gangzur, in both the meetings, there were in average more than 150 participants.